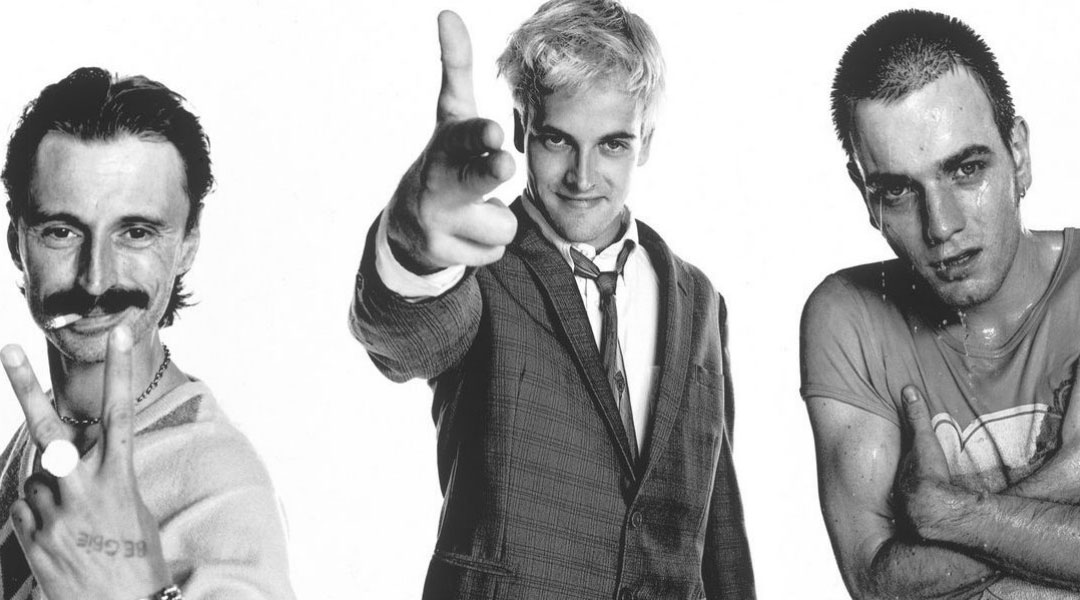 I was pumped, not full of heroin but, with excitement to catch up with the nation’s favourite group of drug addicts, in T2 Trainspotting.

I have wondered why I liked the first film so much. I was only alive for two of the years of the decade for which this movie was seminal, the music isn’t the type of music I would usually listen too, and I have no experience of heroin. I think it is the myriad brilliance of Welsh’s writing, Boyle’s direction, and the actors’ portrayals that made a film that should be alien to me feel so compelling. It’s a masterful piece of cinema that feels and looks completely different, it is vibrant even when it is about depressing or disturbing events- Danny Boyle’s cinematography has chosen life.

It is this visual flair from Danny Boyle that makes this second film so exciting as well. The cinematography is clever and funny and made me feel buzzy- like I’d just drank two red bulls instead of spending all day trying and failing to use Photoshop. We should not underestimate Boyle’s role in making these films memorable and enjoyable. His directing, with its surreal elements and with beautiful shots of Edinburgh, and his timely and humorous music choices are a delightful hypnotic dance played out to our eyes and ears. If the films had been made by another director I doubt whether I would have enjoyed them nearly as much. He makes the films flourish.

Now to the contents of T2. The film sees us reunited with Renton, Sick Boy, Spud and Begbie- twenty years after Renton betrayed them all and dashed off into the sunset with £16,000. It turns out that Renton ran off to perhaps the only place that seems fitting for such a character. The capital of sex, drugs, and tulips. Amsterdam. The story is on its surface a caper. As we find that the group of friends engaged in a new money making scheme and constantly and characteristically screwing each other over. Not that a film is necessarily bad if it is just a caper, but T2 has some more profound and melancholic themes at its foundations. Behind the Redbull infused trippy visuals and anarchic fight scenes there lies a contemplative and existential two fingers of whiskey. T2 Trainspotting is a reflection on masculinity and the way time passes. None of the main characters are happy and they have reached a point where life has seemed to pass them by taking hope for contentment with it. This defiant pessimism is exemplified by a particularly cruel moment of Catch-22 involving Spud.

This leads me on nicely to a little Spud segway. In the first film I don’t remember Spud making a particularly strong impact on me. This cannot be said for T2, where the tragedy and depth of his character is given much more of a spotlight. Spud is still battling with heroin and lives in a decrepit tower block. He is now buying scag from boys who look as young as he did in the first movie. It is a painful scene of a man still crippled by the addictions of his youth and plagued by the bad luck that is peculiarly cruelly delivered to our door by a universe that had always seemed so disinterested. Spud’s journey during the film has a strong emotional pull whilst managing to maintain its humour. It is also her encounters with Spud that help provide a deeper understanding of Veronika. She proves to be an integral and interesting character. I only wish more was shown of Diane and Gail because they are terrific characters and I would have loved to have had a proper update on their lives as well. Another engaging character is that of Begbie’s son. He has taken a very different path to his father and serves as a point of reflection for the audience. T2 is not a film that is explicitly political, but the differences between Begbie and his son show the importance of the state investing in the young and making the resources available that enable us to choose a fulfilling career and life.

So time to draw this review an end and what better way to end than with Renton’s revamped Choose Life speech. T2 will draw in audiences hungry for a bit of nostalgia, and it definitely delivers on this. After the rush that this immediately provides the giddy nostalgia gives way for some melancholy reflection of the present lives of the gang. At just this point we are hit with a Choose Life speech for a post-truth, social media obsessed generation. Renton’s speech is a slap in the face telling us to wake up to the banalities we choose to be important in our lives. So as the film finished I felt awake and high off of a piece of strange, dynamic, and bold cinema. You can feel this too, all you need to do is choose T2.

Buy the Trainspotting poster here from our shop