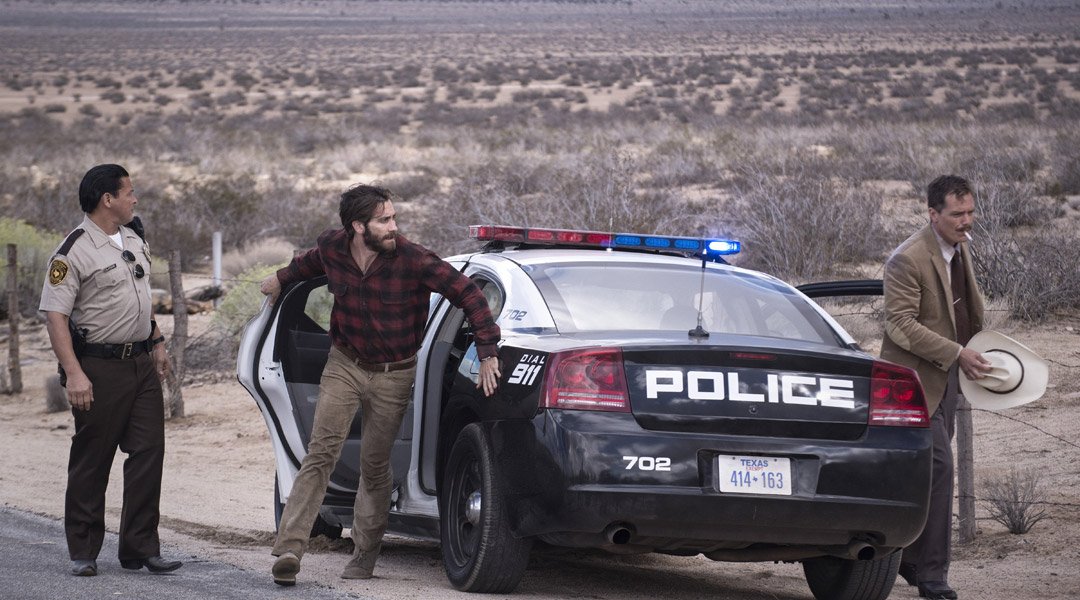 It’s Nocturnal Animals review time – and to begin I bestow upon you a spoiler warning (only a mild one).

With a flip of a coin I want to add that I am mainly going to ramble about my thoughts on the themes of the movie. This can be incoherent at the best of times, but maybe more so if you are yet to see the film. Nocturnal Animals comes seven years after Tom Ford’s directional debut and has been the subject of much excitement and anticipation. I too was excited to see this film albeit mainly for Jake Gyllenhaal than Tom Ford, the former I think is one of the most talented actors working. I went in with a pretty firm notion in my mind that this would be a pretentious film. Thus I went in totally expecting to love it. I did love this film but I was wrong about it being pretentious- despite the meticulous art direction the film largely avoids being self indulgent.

The film details three stories: we have present day Susan reading a novel written and sent to her by ex-husband Tony, the novel also plays out on screen, and the same goes with flashbacks to happier times when Susan and Tony first get together. It sounds like quite a convoluted narrative device that could easily make the film bitty and stilted. However the opposite happens and a rich psychological reality is created for the reader. I think this is largely pulled off thanks to Amy Adams surprisingly engaging way of acting reading a book. Also this result stems from Ford’s seamless transitions between the three strands that make up the film; he doesn’t rely on any tropes such as looking out of a window spattered with rain to trigger a flashback.

I think you could interpret this film in different ways. In many ways you don’t need to look to find wider comments about the real world to feel intellectually satiated by the film. A very comprehensive symbolic language is built up in the film which allows the connections between film novel and film reality to unfurl naturally. Applying this to the different strands of the film creates a very rich film world for your mind to unpick. However it still creates food for thought to apply these symbols and metaphors to our own world. I do have to note that some times these visual cues can be a little on the nose: the poster with REVENGE scrawled over it- ok Tom we get the message. Leaving that behind, there are a couple of themes I’ll have a little ramble about hear. The first is the distinct visual tone of the different parts of the movie that really help provoke emotion in the audience. The sleek, shiny and almost completely monochrome art world that Susan inhabits feels luxurious and cold. Stills from this strand of the film could easily be mistaken as a glossy magazine spread. It is elitist, materialist and beautiful- it encapsulates that peculiar fascination of sad people in nice houses. The warm flashbacks to the kindling of Tony and Susan relationships feature blurry Christmas street lights and fancy candle lit restaurants. It is as if it’s been shot through lens that has had one or two glasses of Prosecco, hence the warm fuzziness. The novel, which is set in the wild west, is saturated with primary colours. The visceral visual palette mirrors the violence and desperation that plays out. The three film worlds are moulds of how we see America and how it is portrayed to us on film. Nocturnal Animals is a world where love and life are cruelly chucked aside in pursuit of excessive wealth or violent hedonism.

It was quite strange that I happened to be doing a bit of reading on Wittgenstein’s theory of art as language. I myself am a proponent of the idea of art as language despite the criticisms it faces. Tony’s novel is a metaphor for what Susan’s betrayal felt like to him. On that level we can see how art and literature is used as a metaphor to describe an emotional reality. Whereas the language I’m using now is primarily suited for describing physical realities. There have been studies showing that we don’t garner any truths from art and literature. I’m interested to do some more research into this as from my current viewpoint it seems like an awfully limiting stance. Tony could have written down all the ways Susan betrayed him but it would not have provided him with an Aristotelian catharsis or been so harrowing for us the audience- it would not be art. If you break down a piece of art into its component parts you would not find that elusive component that enables it to spark so much wonder in us. The aesthetic experience then, in my opinion, is much like the team spirit in a sports team. This unique factor to the arts makes them a particularly good way of communicating subjective or unverifiable states- values that scientific language games don’t have. The novel is a metaphor but it also creates a psychological reality. The viewer feels the novel as an embodiment of the emotion of pain- it can thus become a symbol for events in our lives rather than Tony’s. This is why I think art is a language. It may not be able to be used in law or legislature but it can be have more emotional resonance and value than verifiable uses of language.

Nocturnal Animals is intelligent, engaging and gripping and is available to enjoyed on many different levels and from many different perspectives. It is rare for a film to be able to combine personal drama, social satire, a near unbearable thriller aspect and a discussion of art. This one is definitely worth a watch. Tom Ford’s first film, A Single Man, is on Netflix and is another great piece of story telling- if slightly less polished than the latest addition to his oeuvre.